According to the Report in Chronological Order, Alphabetical Order 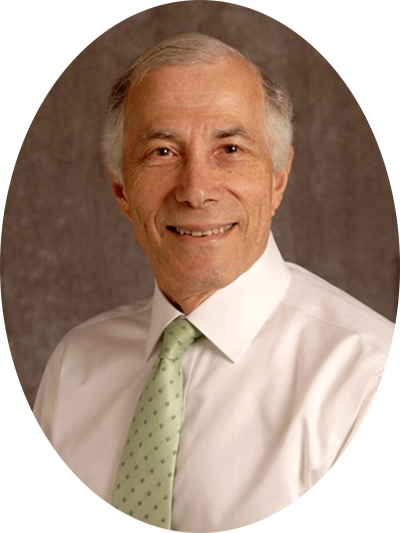 Professor J. John Mann is The Paul Janssen Professor of Translational Neuroscience (in Psychiatry and in Radiology) and a former Vice Chair for Research in the Department of Psychiatry at Columbia University. He is Director of Research and Director of Molecular Imaging and the Neuropathology Division at the New York State Psychiatric Institute. Prof. Mann is trained in Psychiatry and Internal Medicine and has a Doctorate in Neurochemistry. His research employs functional brain imaging, neurochemistry and molecular genetics to probe the causes of depression and suicide. Prof. Mann is the Director of the NIMH Conte Center for the  Neuroscience of Mental Disorders, and Past President of the International Academy of Suicide Research. 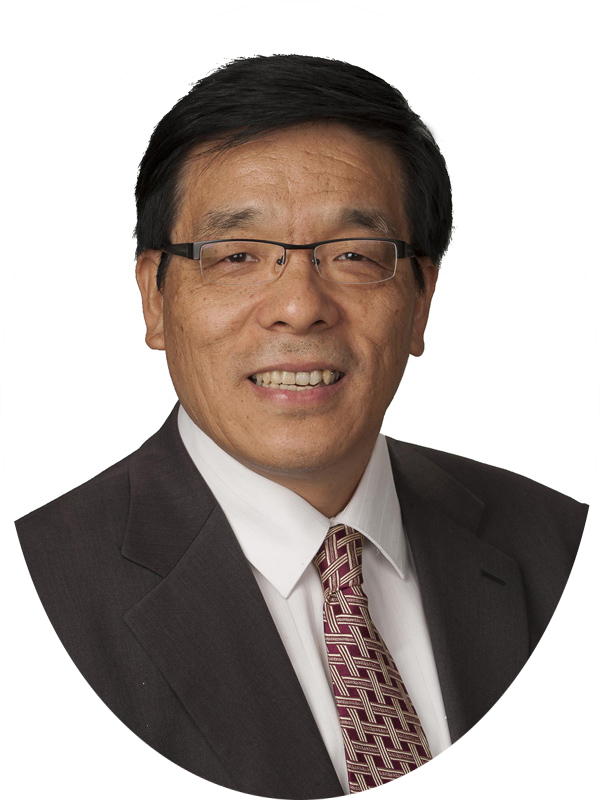 Dr Zhang is a Professor of Sociology at SUNY Buffalo State, the founding Director of its Center for China Studies. He is also the founding director of the Center for Suicide Prevention Research at Shandong University in China. His research and publications focus on sociology and suicidology. With a number of NIMH grants that allow him to study suicide in rural China, Dr. Zhang with his multi-disciplinary background has managed to engage in dialogues with and represent a variety  of research constituencies within the international community of suicide research and the theoretical developments. His 200+ publications both in English and Chinese also cover the elaborations of the Social Reference Theory in sociology and the Strain Theory of Suicide in Suicidology. 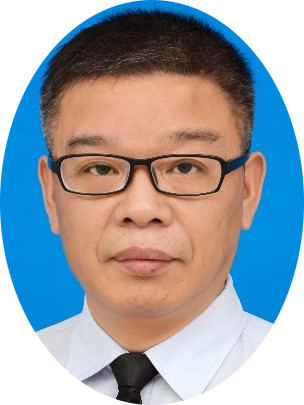 Dr. Xiao has been studying psychosocial and cultural determinants of health and health-related behavior, particularly mental health and suicide in rural areas of Hunan, China for many years, with grant supports from China Medical Board (CMB), National Institute of Mental Health (NIMH), World Health Organization (WHO), United Nations Educational, Scientific and Cultural Organization (UNESCO), United Nation Population Fund (UNFPA), Suicide Prevention International (SPI), Ministry of Health, and Ministry of Science & Technology, etc. Dr. Xiao has served as board member of several domestic and international academic organizations, including the Subcommittee of Crisis Intervention, China Association for Mental Health Association (Chairman) and International Academy of Suicide Research (fellow). He was granted”Excellent Young Researcher” in 1997 and 1998 by Ministry of Health, “Expert for Special Allowance”in 2000 by  the State Council and “Distinguished Professorship Award” by the China Medical Board in 2009. Prof. Huang is the director of the Division of Social Psychiatry and Behavioral Medicine in the the Institute of Mental Health of Peking University. She is vice-president of China Disabled Persons’ Federation, and president of Society of Crisis Intervention of Chinese Association of Mental Health. She also works as the president of Chinese Mental Health Journal. She is the international member and elected as International Fellow of American Psychiatric Association, and fellow of World Academy of Art and Science. She is the principal investigator of a series of research projects and international collaborations, and recently dedicated to the national survey on mental disorders in China, and became the member of Global Health Commission of the Lancet, involving in international mental health promotion. She is also the Honorary Professor of the University of Hong Kong and the director of the Crisis Intervention Committee of the Chinese Mental Health Association

Professor De Leo is Emeritus Professor of Psychiatry at Griffith University in Brisbane, where he is Director Emeritus of the World Health Organization (WHO) Collaborating Centre for Research and Training in Suicide Prevention. He was the founder of the Life Promotion Clinic, the only clinical service in Australia that deals exclusively with suicidal patients, and also the creator and former convenor of the Postgraduate programs, Graduate Certificate and Master of Suicidology at the Australian Institute for Suicide Research and Prevention (AISRAP), at Griffith University. Professor de Leo was President of the International Association for Suicide Prevention (IASP) and co-founder and Past-President of the International Academy for Suicide Research (IASR) of which he is also co-founder of the journal Archives of Suicide Research. Prof De Leo was the initiator (2003) of the World Day for the Prevention of Suicide (10 September). Prof De Leo is presently Director of the Psychology Department at Primorska University, Slovenia, and Director of the Slovene Center for Suicide Research.

Dr. Ping Qin is Professor at National Center for Suicide Research and Prevention, University of Oslo in Norway, and leader of the research group for register-based study on suicide and deliberate self-harm. She is also distinguished visiting professor, co-founder and vice-director of Shandong University Center for Suicide Prevention Research in China. Professor Qin is a passionate advocate of rigorous research in Suicidology and has devoted her professional life to studying suicidal behavior for 20 years. She has led a range of large-scale research projects funded by various funding bodies in Denmark, USA, China and Norway. Professor Qin has published more than 80 research articles and book chapters about suicide and suicidal behavior in the context of socio-economic disadvantages, physical and psychiatric illnesses, life stresses as well as biological and genetic vulnerabilities. In recent years, she also supervises Chinese scholars studying suicide in China. 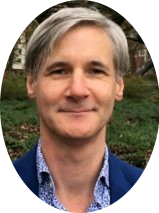 Professor Rory O'Connor is Professor of Health Psychology, Director of the Suicidal Behaviour Research Laboratory and head of the Mental Health and Wellbeing group University of Glasgow. He is a Vice President of the International Assocation for Suicide Prevention, a Past President of the International Academy for Suicide Research and a member of the American Assocation of Suicidology. In 2014 he was elected as a Fellow of the Academy of Social Sciences. He also serves on the Scientific Review Board of the American Foundation for Suicide Prevention, is Joint Chief-Editor of Archives of Suicide Research, an Associate Editor of Suicide and Life-Threatening Behavior and Behavior Therapy. Professor O'Connor also serves on the editorial board of Crisis. He is a member of the British Psychological Society's Division of Health Psychology (and is an accredited Stage 2 health psychology supervisor) and the European Health Psychology Society.  He is also Co-Chair of the Academic Advisory Group to the Scottish Government's Suicide Prevention Leadership Group. Dr. Turecki is the director of the McGill Group for Suicide Studies (MGSS), a center comprising eight independent investigators and carrying out multidisciplinary studies on suicide, including the study of biological, behavioral, clinical and psychosocial risk factors for suicide. Dr. Turecki is also the Head of the Depressive Disorders Program, a superspecialized service for children and adults who are suffering from major depression and/or severe forms of other depressive disorders. Dr. Turecki has several administrative responsibilities. He is the vice-chair of research and academic affairs of the department of psychiatry, McGill University and is the director of the RQRS (Réseau québecois de recherché sur le suicide). He is also the president of the International Academy of Suicide Research. 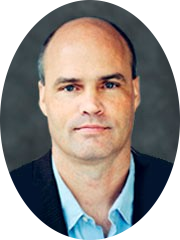 Dr. Joiner is Distinguished Research Professor and The Bright-Burton Professor in the Department of Psychology at Florida State University. Dr. Joiner’s work is on the psychology, neurobiology, and treatment of suicidal behavior and related conditions. Author of over 385 peer-reviewed publications, Dr. Joiner was awarded the Guggenheim Fellowship, the Shneidman Award for excellence in suicide research from the American Association of Suicidology, and the Award for Distinguished Scientific Early Career Contributions from the American Psychological Association, as well as research grants from the National Institute of Mental Health and various foundations. Dr. Joiner is editor of the American Psychological Association’s Clinician’s Research Digest, editor of the Journal of Social & Clinical Psychology, and Editor-in-Chief of the journal Suicide & Life-Threatening Behavior, and he has authored or edited fifteen books, including Why People Die By Suicide, published in 2005 by Harvard University Press. Dr. Jo Robinson is an Associate Professor at Orygen, where she leads the suicide prevention research unit, which is regarded as the leading centre of youth suicide research in the world. She is Vice President of The International Association for Suicide Prevention (IASP). Her work has a strong focus on the potential of social media platforms in suicide prevention. This includes the development of the #chatsafe guidelines, the first evidence-based best practice guidelines for safe peer-peer communication about suicide online, which were recently brought to life via a national social media-based suicide prevention campaign that reached over 3 million young people. 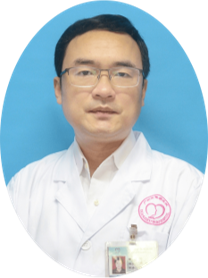 Dr. Klonsky is professor in the Department of Psychology at the University of British Columbia and he is also the director of Personality, Emotion, and Behaviour Lab. His research examines suicide, including the pursuit of parsimonious models of suicide and better understanding of suicide motivations and warning signs. Dr.Klonsky also pursues research interests in emotion, personality, and assessment, many of which overlap with his work on suicide.
Awards
UBC Killam Research Prize (2020)
Killam Faculty Research Fellowship (2017)
American Association of Suicidology: Edwin S. Shneidman Award (2015) Association for Psychological Science Rising Star (2011)
David Shakow Early Career Award for Distinguished Scientific Contributions to Clinical Psychology (2011)
American Psychological Association Fellow (2010)
American Psychological Foundation and the Society of Clinical Psychology Theodore Blau Early Career Award (2010) 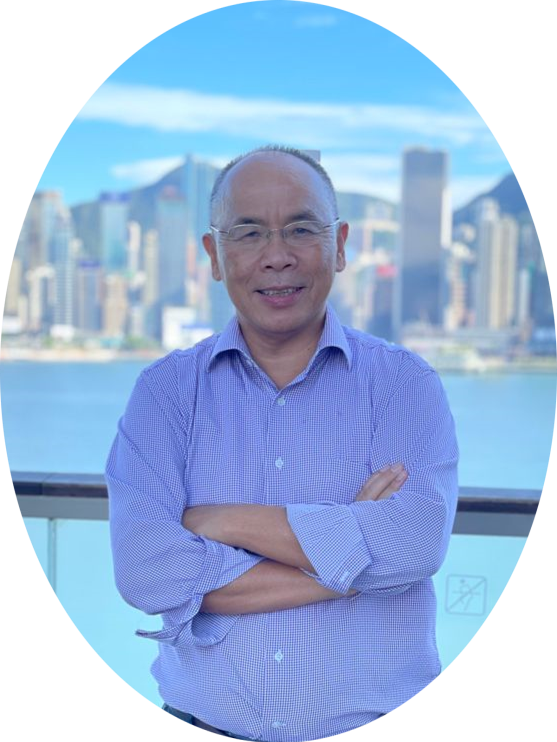 Professor Yip is Chair Professor (Population Health) at the Department of Social Work and Social Administration, Associate Dean (Research) at the Faculty of Social Sciences, and the Director of the University’s Centre for Suicide Research and Prevention. He is the principal investigator of the following: OPENUP - a 24 hour online emotional support project, a community based suicide prevention project for the Wong Tai Sin District, poverty alleviation programs, and the Quality Thematic Network on developing mental wellness for schools in Hong Kong.He served as the chairman of the committee of preventing students’ suicide (2016) and a vice-president of the International Association of Suicide Prevention (2009-2013). 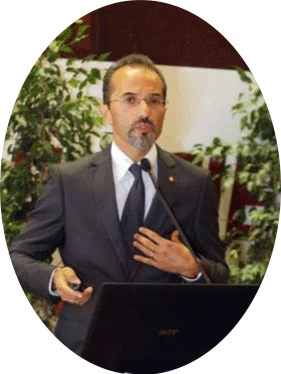 Maurizio Pompili, M.D, Ph.D. is Full Professor and Chair of Psychiatry as part of the Faculty of Medicine and Psychology at Sapienza University of Rome, Italy, where he received his M.D. degree, where he trained in Psychiatry (both summacum laude). He is the Director of the Residency Training Program in Psychiatry of his faculty.
He is the Director of the University Psychiatric Clinic and the Director of the Suicide Prevention Center at Sant’Andrea Hospital in Rome. He is the President of the Psychiatric Rehabilitation Technique degree program at the Sapienza University of Rome.
He has a doctoral degree in Experimental and Clinical Neurosciences. He was also part of the Community at McLean Hospital – Harvard Medical School, the USA, where he received a psychiatry fellowship. He is the recipient of the American Association of Suicidology’s 2008 Shneidman Award for “Outstanding contributions in research in suicidology.” Apart from being the Italian Representative of the International Association for Suicide Prevention (IASP) for many years, he has been afterward one of the Vice-Presidents of this association. He is now Co-Chair of the IASP Special Interest Group in Risk Resilience and Reasons for Living. At present, he is a member of the IASP Executive Committed in the role of treasures. He is also a member of the International Academy for Suicide Research and the American Association of Suicidology. He is also President of the Suicidology Section of the Italian Psychiatric Society; He has published more than 550 papers on suicide, bipolar disorders, and other psychiatric perspectives, including original research articles, book chapters, and editorials. He co-edited ten international books on suicide; He ranks in the top 10 suicide authors of 500 world suicide authors listed in the ISI Web of Science (this is in terms of the number of focused works on the topic of suicide that are indexed in the ISI Web of Science). He has been recognized by Expertscape as an expert in suicide, ranking 1st worldwide (Oct 2021).